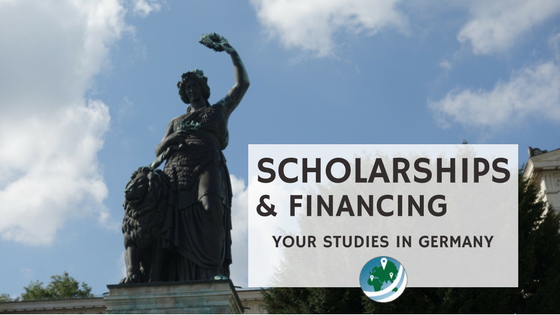 Scholarships in Germany are something I really wish I knew more about before moving here. Really, not researching them thoroughly before hopping on that plane is something I really should have counted under the mistakes I made when I moved to Germany. There was a scholarship I could have applied for, that I probably had a good chance of getting, which would have gotten me an extra 300€ a month. That’s nothing to sneeze at – think of all the Maß of beer I could buy with that money!…

Which actually brings me to an important point that I should make before getting into the meat of this post. Unlike the United States, scholarships in Germany are mainly meant to help out with your costs of living. That means that those 300€ a month would have gone into my bank account – not to the university to cover my expenses. So I really could have used that scholarship to fund my continuing affinity for beer, or you know, for normal sustenance or rent or something less fun. But honestly, beer’s basically liquid bread so it’s all good… Right?

Anyway, the reason I’m posting this now is because that scholarship, and many others, are entering their application periods. So if you’ve applied to a master’s or bachelor’s program in Germany, read on to learn about scholarships in Germany, and how to finance your studies here in general.

How to Find and Apply to Scholarships in Germany

After you’ve applied to a university, you should think about applying for scholarships in Germany. This may seem a bit of “counting your chickens before they’re hatched”*, but it’s actually quite normal here. Some universities or programs can take their sweet time getting back to you with the result of your application for admission. As a result, for many scholarships, you’re only required to submit a confirmation of application, rather than admission. All of your other documents like your previous transcripts, CV, and cover letter seem to carry the weight. Some might require a confirmation of admission though, so check to be sure!

Where to Find Scholarships in Germany

However, there are definitely other places to look for scholarships in Germany. First should be DAAD (you don’t want to try to pronounce its German name), where there’s a database of hundreds of available scholarships. Also, there are plenty of other third-party sites to and keep track of your opportunities, like Scholarship Portal.

Applying for Scholarships in Germany

Just so you know – if you aren’t aware already – any kind of official application in Germany requires lots of documents. Blah blah, bureaucracy, etc. Whatever you think of it, it’s just reality here and we have to deal with it. Whether it be for university admission, a residence permit, a job, or a scholarship, you’re going to have many official documents available.

Finally, one last thing about scholarships in Germany – deadlines. This may be obvious to those of you reading this, but it was something I didn’t know which caused me to miss those sweet, sweet German government euros. Particularly for the Deutschlandstipendium, the application period takes place once per year sometime in May-June. Unfortunately, I didn’t discover this until way into the summer, a month or so before I started the program. In fact, I hadn’t even heard back from most of the universities I applied to by the time the scholarship application would have been due. That ultimately meant that I couldn’t apply for the scholarship at all.

This is because one of the funding must start before the half-way point of the typical length of your studies. As master’s programs are typically 4 semesters here, this means that the scholarships has to begin before the 3rd semester. However, since the only application period is May-June each year, the scholarship only starts in the winter semester each year. Since most programs start in the winter semester, this means the scholarship can only begin in your 1st or 3rd semester. However, the 3rd semester is too late to apply, meaning your only chance to apply is the May-June before your program starts in the fall! So if you’re coming to Germany in the fall for university, start looking into and applying to scholarships ASAP!

Financing Your Studies in Germany 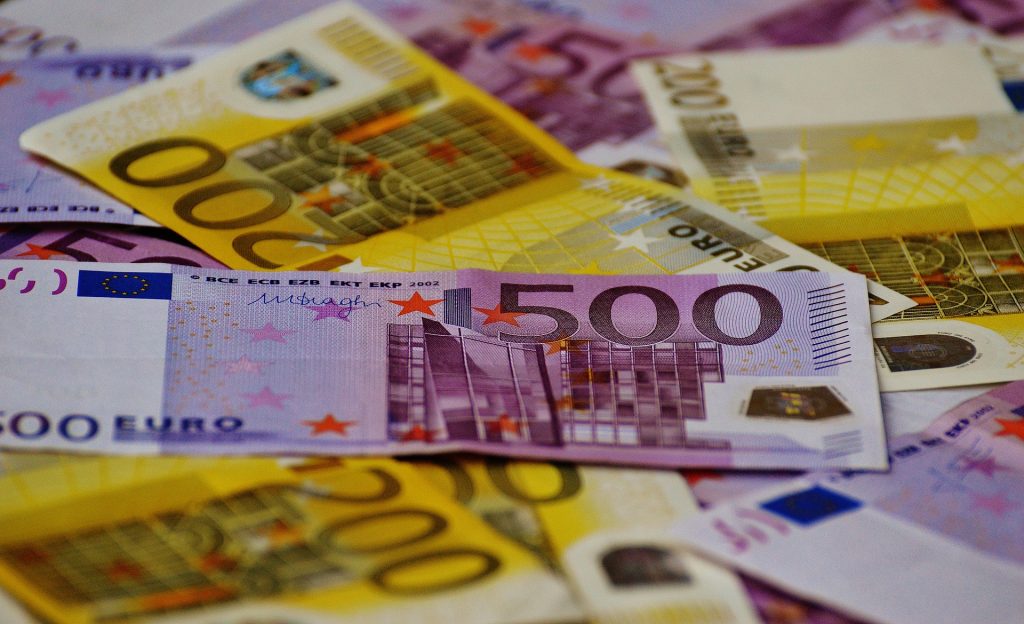 Just look at all that monopoly money! You’ll be needing it to study in Germany. Hopefully your university fees are below the amount pictured, though! And you certainly won’t be making that kind of money with a Minijob… Better get a scholarship to help out!

Aside from scholarships, there are other ways to make sure you’ve got enough money to keep a roof over year head, food in your stomach, and beer in the fridge. Obviously, getting a job is number one on this list.

I already wrote about getting a student job in Germany, so I won’t go into great detail here. As I explained in the post, there are lots of jobs available to students in Germany. Of course, common jobs like waiters, bartenders, and service staff seem to be pretty available, at least here in Munich. But other jobs which might have more to do with your studies are also available.

In this post however, I just want to mention that as a student in Germany, the amount of time students can spend working is restricted. The point is to essentially ensure that you have the time necessary to succeed in your  studies, so that their tax euros are not poorly invested in you. Students can only work the equivalent of 120 full-time days or 240-half time days a year. That’s actually not too bad when you think about it, though. In 2018, there are 252 working days in Germany (this varies depending on the state, however). That means that students are allowed to work full-time on roughly half of them, or part-time on nearly all of them, to earn some money during their studies.  Extrapolating that to the weekly level, the limit is set at 20 hours per week.

Freelancing as a Student in Germany

Well, you can always apply to be allowed to work freelance. Apparently though, it’s supposed to be difficult to convince the authorities that you’ll only be working within the limitations. I don’t know anyone who’s done it, so it you have – please leave a comment below with your story! That would be greatly appreciated. Originally, I had planned to hold a couple of online freelance jobs for a little extra money on the side. Unfortunately, I quickly learned that it is generally not allowed for those of us on student visas/residence permits in Germany.

Of course, one final thing you can do to help finance your studies in Germany is to save money. Here’s just a few tips for how you can do that easily in most every German city:

With all that said – I think that’s a wrap, folks! Leave a comment below if you’ve got a question or something to say about scholarships in Germany or anything else I’ve talked about here. Also, this week I’m starting up the Abroad American Newsletter again, and will be focusing on studying in Germany and adjusting to life as a student here. Until then! 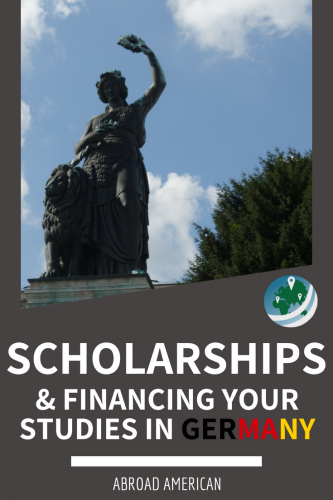