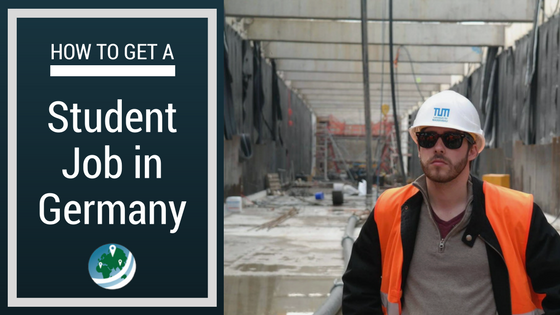 Even if you’re only paying 150€ to 300€ a semester to get a degree in Germany, you still need to make some money to pay for all that beer and Döner you’ll be buying. I suppose rent, groceries, health insurance, and maybe a haircut or two would also be necessary, but that’s up to you. Getting a student job in Germany is probably one of the simplest ways to pay for such luxuries. These jobs are generally easier to find and keep than a normal part-time or full-time position. Keep reading if you want to know how to sort one out.

Restrictions on Your Student Job in Germany 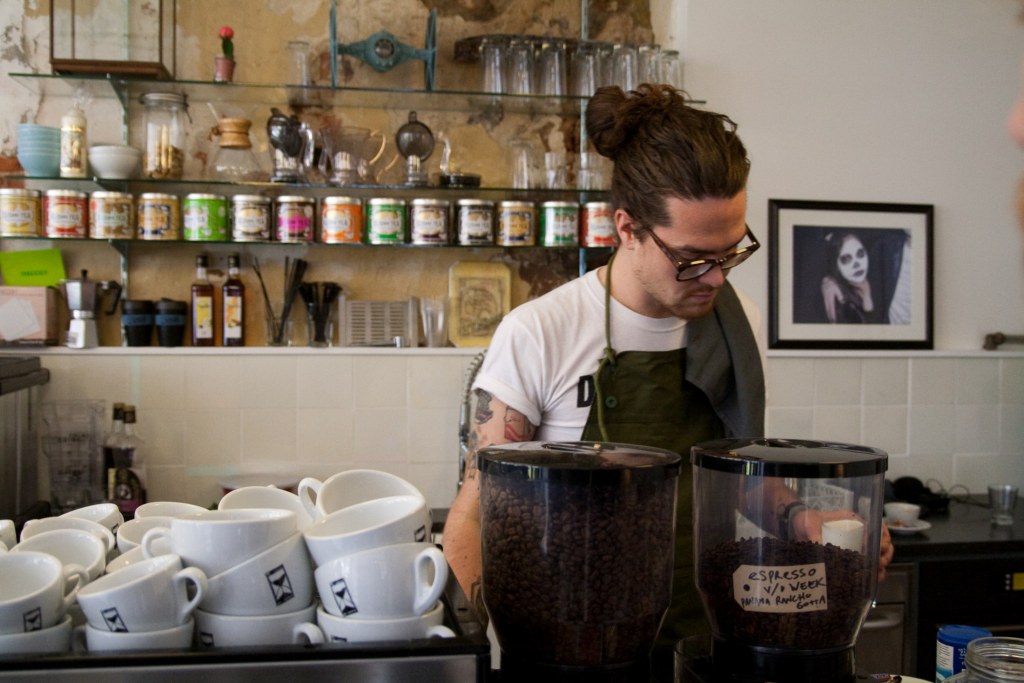 Working at a cafe or bar is certainly a common student job in Germany (though this is from Utrecht). Image credit: Alper Çuğun on flickr: https://www.flickr.com/photos/alper/

For more information, check out this detailed document from the German government aptly named “Studying and Working in Germany”. It’s up to date, official, and easy to read making it an invaluable resource in this world of scattered information about immigration. I highly recommend reading through it! For more information, I’ve done a bit of research for you that might provide some more insight. I recommend the following articles, even though many contain similar information.

Working during your studies, Side Jobs, and Social Insurance Contributions, and Taxes.

What’s a Student Job in Germany

I moved to Germany after working two years in a civil engineering consulting company doing mostly road and airport design work. With that experience, I could have much more easily just moved to Hawaii and picked up where I left off. Sure, Hawaii has different state laws and regulations on the work I had been doing. But, I knew all the basics and I knew what would be different. So why settle for a student job in Germany as opposed to working as a civil engineer here during my studies? Unfortunately, many different challenges pop up when trying to do the same in another country, at least in this field.

Aside from not speaking the language when I came here (one of the 3 Mistakes I Made Moving to Germany), I was also unfamiliar with all the other differences in my field. A German who had already worked two years in the field would have been lightyears ahead of me at that point. I wouldn’t have had any idea where to start to look for the local regulations, agencies, processes, suppliers, contractors, codes, etc., etc. On top of that, how common do people in entry-level engineering positions work part-time? There are also visa issues to overcome. Namely, the foreigner’s office would need to be convinced that the job couldn’t be filled by a German. 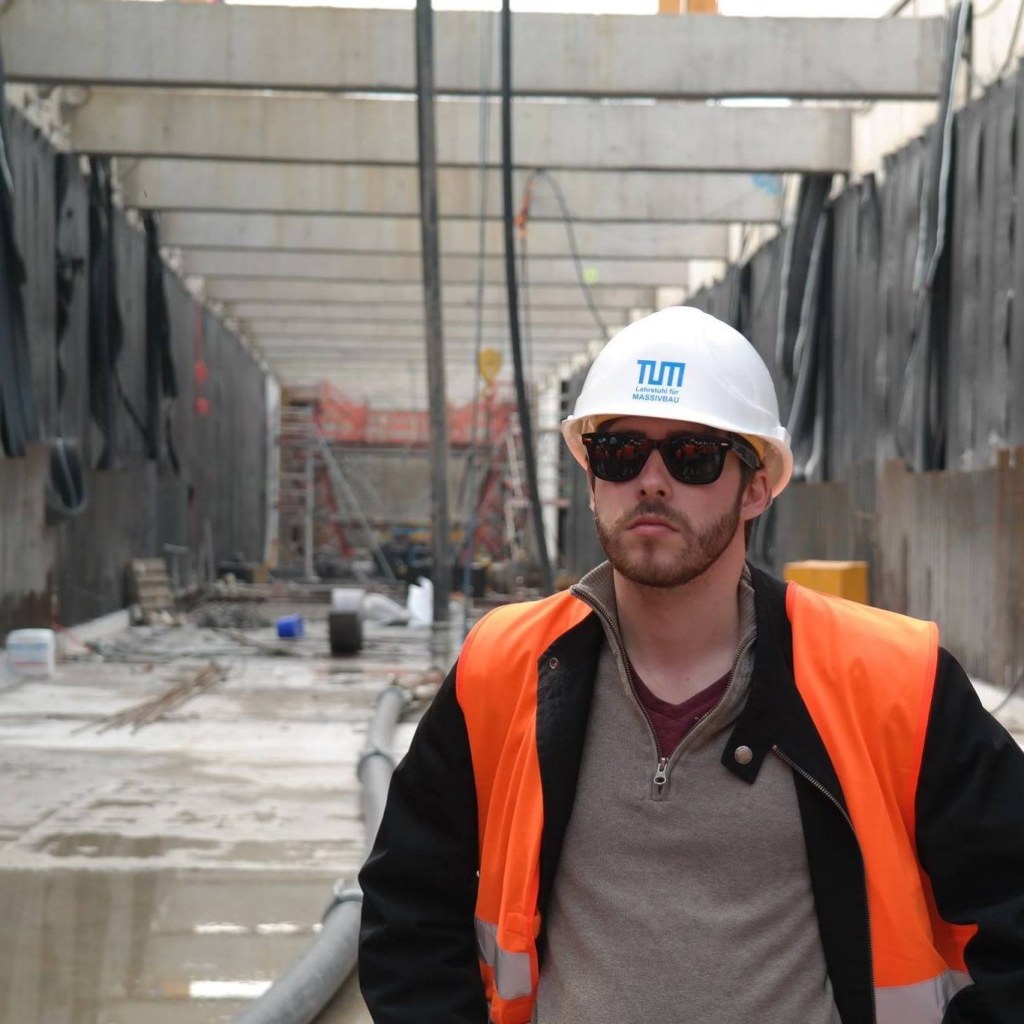 Okay, not a job doing what I did back home, but a week-long field trip to Hamburg with my master’s program to learn about the city’s transport system and its new additions! Got to get the safety vest and hard hat on again at least.

Getting a job anywhere near the level of what I was doing before was out of the question. At least in the beginning. Hell, even the Italians, directly to the south of me as I write this would have trouble moving here and trying to start their career. Check out this helpful thread from Toytown that has some good back and forth between the OP and the other users about moving to Germany and entry-level employment.

So what did I, and many others do? We got student jobs.

As an international student, there are a few types of jobs you’re more likely to find and get. You are allowed to work anywhere, doing any job you’re legally qualified for, and that they’ll hire you for. However, it’s just unrealistic to expect to waltz into a “real” position at a German company without knowledge of how things work here.

A Minijob in Germany is a specific type of job contract most often used by students. Actually, these are probably the most common type of student job in Germany because they span all fields. As long as the job nets you less than 450€/month it qualifies as a Minijob. I’ve seen advertisements all around for Minijobs. Waiters, kitchen staff, cleaners, nannies, Hiwis, tutors, etc. They’re so prevalent that job search sites even include a category just for Minijobs.

You’ll be needing these to study in Germany. Hopefully, your university fees are below the amount pictured, though! And you certainly won’t be making that kind of money with a Minijob…

There are some pros and cons to getting a basic Minijob at a restaurant or elsewhere in service or retail. Often these jobs can be dead ends. Businesses can see them as a way to pay less in health insurance for their employees if they can live without a part- or full-time employee. However, they are much easier to get and find. Here are some sites that have tons of Minijobs (as well as others) available, just in Munich. Searches with the keywords “Aushilfe” or “Nebenjob” yield similar kinds of results.

In many cases, a student internship will be required by your program, especially master’s degree programs. This is a very specific type of position in Germany that actually is only for students. Internships, as explained here, can last anywhere from eight weeks to 12 months. Most often, the student works full-time during an internship in Germany just as in the US. Another name for internships in Germany is “Praktikum”, which is what a “Prakikant” does.

An internship or Praktikum is intended to offer students experience in the workforce before graduation and offers some incentives for businesses to bring them on. Internships are a great way to get your foot in the door here, as many positions – but definitely not all! – lead to full-time employment after graduation. At least in the anecdotal experience of my friends and colleagues in Munich, this seems to be the case. More on getting internships and there benefits over here.

Similar to the internship/Praktikum, but with a few important differences, are “Werkstudent” jobs in Germany. For these jobs, students work while they’re studying (“students work”, “Werkstudent”, get it?). This is the biggest change from internships, which usually take place during a pause in your studies. I’ve heard of colleagues working as a Werkstudent for a company for near the entirety of their studies – something that internships cannot give you.

Many of the websites I listed in the previous section are just fine for looking for Werkstudent jobs as well. However, there are a few other places you should be looking in addition to them. Your university, as well as your specific program’s department often have both a physical and online job board. Here are some more websites to check for internships, Praktika, and Werkstudent jobs in addition to those above. I’ve set the search to Werkstudent jobs in Munich so change it if that’s not what you’re looking for. Some sites are German-only, more reason to hit the books/apps/podcasts/YouTube earlier!

Working as a Hiwi

A Hilfswissenschaftler, AKA a Hiwi, is a student who also works at the university, as an assistant researcher usually in their program’s department. Professors, PhDs, Post-docs, and other researchers and staff in your department often need additional help with their work. Hiwi jobs are usually a bit rare compared to internships and Werkstudent jobs in Germany. Also, you’ll probably find them through your university, and not from a job listings website like those above. Personally, I often heard about them through professors during class or from program and department-wide emails.

The amount and type of work you’ll do will depend mainly on your supervisor and the project they’re working on. Personally, I’ve had very good experience working as a Hiwi with the Chair of the overall department I’m focusing on. While it hasn’t directly helped me secure a job at the university post-graduation (yet), it has helped me immensely in other ways. 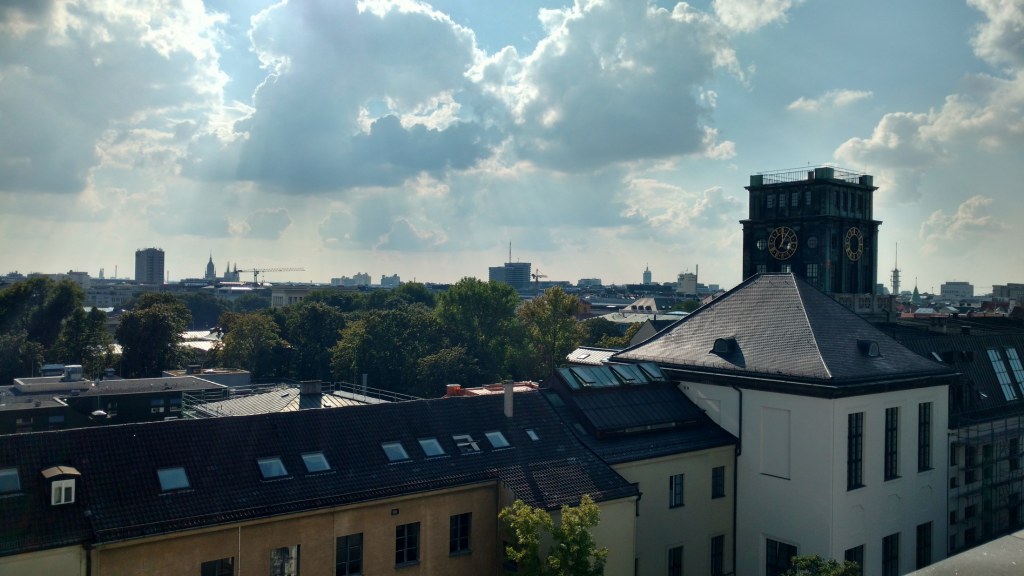 I suppose I’m also happy with my student job in Germany since the view from the “office” cafe is so wonderful.

Through my Hiwi job, I’ve met with both city officials and local businesses in the field. I worked with the Chair on a large, multi-city, EU-wide project in the field of sustainable urban mobility. The role of the Chair was to work with the other cities involved, the initiative organizing the project, and the 11 different sub-projects in Munich. It has been so very interesting to interact with all these different groups, especially with both the EU initiative and the local neighborhood-level projects and their leaders. Not to mention, I’ve had to take notes and participate in a lot of these local meetings in German, which has also greatly improved my confidence with the language. I’m not so sure I would have found such an interesting and versatile position outside the university.

Why get a Student Job in Germany?

I understand that not all jobs are the same and that it’s entirely possible that my Hiwi job was one of the better ones. Still, I think they’re a great way to find out more about your field, albeit normally from the academic point of view. More broadly, any kind of student job in Germany will give you some great experience. It forces you to interact in German more, gives you more connections in Germany, and gives you a little spending money.

What kind of job do you have or are you looking for in Germany? If you’re studying abroad somewhere else, what is the situation with student jobs where you are? Leave a comment below if you have anything to add or a question about a student job in Germany! 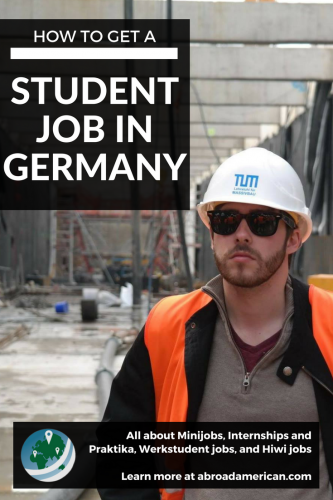