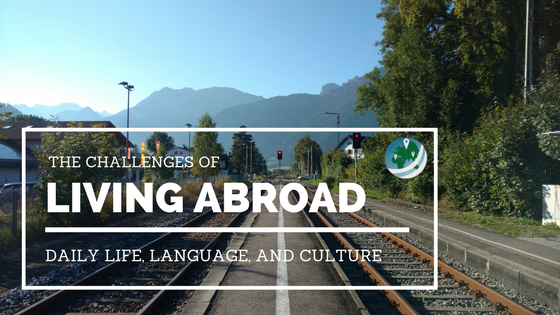 In my previous post, I ended the list of the cons of moving to Munich by mentioning a kind of overarching idea. That was the idea that when you move abroad, you kind of hit the reset button on your ability to function in society. A lot of things can affect how hard this reset is, like the language barrier, your social network in your new home, and just how “different” it is to where you moved from. I like to refer to this idea as becoming the cultural equivalent of a 5-year-old again, and I think it’s responsible for most of the challenges of living abroad.

Visas, apartments, tickets, and all the logistics of living abroad are surmountable. Shifting your perspective from one of a fully functioning member of society to the equivalent of a child is a much more difficult task.

The Challenges of Living Abroad

While actually moving your life abroad certainly is difficult, the real challenges of living abroad are only just beginning. For me, the most frustrating of these challenges come from how difficult even normal daily life becomes. Every little task or errand – that you could do without a second thought back home – becomes a series of trials. I’ve been learning the German language and culture for 2 years now, so most of these challenges have faded from reality into memory. Still, I remember how anxious and stressed I used to get due to some of these seemingly simple things.

When I first moved here, I had absolutely no idea how to operate the amazingly different German washing machines. Who knew the design and washing cycles could be so different? I don’t think washing machines are really one of the challenges of living abroad. But, I think they do represent a bigger problem for us expats and immigrants. 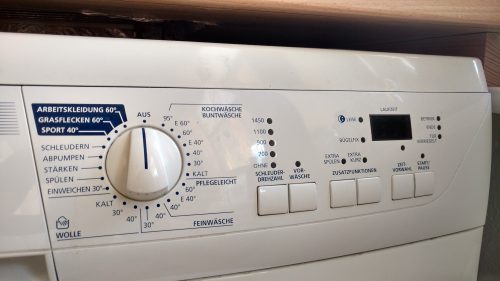 The wonderful complexities of our very German washing machine.

Let’s do a quick breakdown of how this looks to a bright-eyed and bushy-tailed recent American immigrant.

Okay, first, everything is in Celsius, thank the washing machine gods that I used this system in college. So that first quarter of the dial is all “Kochwäsche / Buntwäsche”. When I first moved here, all I could surmise from this was that it had something to do with…cooking? I don’t want to boil my clothes!

The next section was a little better, I had no idea what “Pflege” meant, but “leicht” means light or easy, so I assumed it was some sort of delicate cycle. “Wolle” means wool, but I guessed from the icon that it was like a handwash cycle. Most of the other words on the machine were completely lost on me.

Looking back on it now, the machine’s settings make so much sense. However, at the time, it was just another thing I had to look up on my phone. I just wanted to start my laundry and get back up to doing what I wanted to do. But no, I had to spend 5 minutes figuring out which settings were similar to the cycles I was used to using back home. Constantly standing around looking things up on your phone is certainly a symptom of the challenges of living abroad.

Back in the US, I was pretty handy. I did a fair bit of DIY work repairing and building various things around the house. Of course, I wanted to (and needed to in some cases) be just as handy and capable here in Germany. But things are different here. It’s not entirely different, just different enough to make me spend tons of time searching for answers online. Electrical wiring, wall materials, and another random cabling have all caused me problems in the past. Sometimes it’s a translation problem, and sometimes it’s just something that’s unfamiliar to me.

On top of that, finding and buying materials for these jobs isn’t so easy. First, you have to spend far too much time searching around the internet for the equivalent in Germany and where to get it. It doesn’t stop there. Once you enter a large Home Depot-like store, try finding anything. I feel like every time I step into a Baumarkt, I step into some sort of black hole that automatically sucks an hour out of my life. I spend most of my time, again, standing around looking up what the equivalent is here in Germany.

The results of successfully hanging the ceiling light in our living room! The amount of stress and frustration I had to go through to hang a damp lamp was actually amazing. Who knew so much could be different here?

A small example would be the first time I had to drill into my walls here in our apartment. First, I had to figure out what materials the walls were made of. That was a ton of searching around trying to figure if it was concrete, brick, or some other masonry, who knows. I also had to figure out if I could even drill into the walls, legally.

Once I had figured that out, I had to find the materials. I had to find a proper drill bit for drilling into the wall before. And you guessed it, I also had to look up and find a plastic dowel for anchoring what I was mounting on the wall. Usually, I would check first for info and prices online. Then, I’d go to the store before finally coming back home to do what I set out to do. It’s all just much more tiring, always having to re-learn everything I took for granted back home.

It’s not just hardware stores. Supermarkets are a pain too, and obviously, you need to visit more frequently. Who knew that your friendly local supermarket would become one of your biggest challenges of living abroad? The story is similar, one of constantly looking up the German equivalent of some ingredient and then wasting time searching for it. How am I supposed to know where the damn flour, or the balsamic vinegar, or the honey is!?

There go another 5 minutes of my life wandering around the aisles in the store. To make it even better, when you’re done looking up and finding all of what you need, you’re met with the infamous stressful check out counters in Germany. It’s like some sort of contest to be the most efficient bagger, immediately packing away each item as the cashier scans them. Ugh. I’ll write a post about supermarkets in Germany sometime, it’s a surprisingly big topic. For now, I’ll let Dana from Wanted Adventure explain German Supermarkets for a bit.

Culture, Language, and Slang… Oh, My!

All these little frustrations really do add up. They start as seemingly small annoyances but together form some of the hardest challenges of living abroad. I have a story that I think sums up these everyday stresses, anxieties, and frustrations pretty well. Looking back on it, I shake my head in shame, but at the time, I really had no idea what was going on.

When we first moved to this apartment I was happy to see a liquor store right under our place. Great. Easy to haul up a new case of beer whenever we need one! It really is very convenient and I love having it under our apartment. However, the first few times I visited it, I always left confused and a little embarrassed.

The shop’s owners always asked me a question at the register that I just didn’t understand – at all. They always spoke too fast for me and with a pretty thick Bavarian accent. Even when I understood the actual words they said, it didn’t seem to make any sense. After a few times looking like an idiot just staring back and saying “Nein, danke”, very awkwardly, I determined to figure out what was going on.

After asking my German girlfriend about it while buying a case together once, we figured it all out. Turns out, the guys were asking me, very quickly, “Leer war nichts?”. This was difficult for me for lots of reasons. First of all, it’s slang. They were using a shortened version of something that I would have actually understood. “Sie haben keine leere Flaschen mitbegracht, oder?”, would have been something I could have understood. It means, “You didn’t bring any empty bottles with you, right?”. Very clear and understandable. Unfortunately, what he said, quite literally, means “Empty was nothing?”.

Empty was nothing. What the hell was I supposed to do with that?

It’s Not Just the Language

As if learning a new language and the accompanying slang weren’t enough new challenges of living abroad, adjusting to the culture is a big one too. Learning the language and the slang to understand the guys at the drink market wouldn’t have been enough. I also needed some context. Think about it, if you weren’t aware of the Pfand (bottle deposit) system in Germany, would someone asking you about empty bottles in the store make any sense? 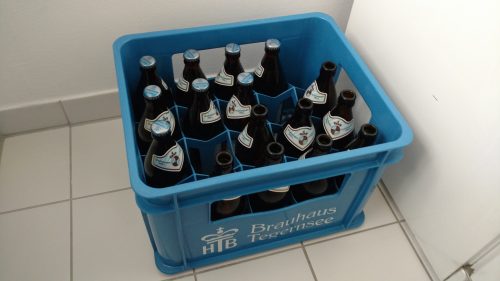 A Kasten of Bier! 20 half-liter bottles of a local brew will run you about 15-16 Euro. Pfand for the bottles and the case totals about 3 Euro.

Back home, returning bottles to the store just isn’t a thing, at least in the capacity that it is here. At the time, I was aware of the Pfand system, of course. However, rationality goes out the window in moments of stress and confusion like this. Standing there, not understanding what someone just asked me directly, I’m not going to think clearly. Instead, my mind was racing with thoughts like: “What could he possibly be asking me? Oh god, I look like an idiot whatdoidoshitshitshit…” Add in the extra stress of a couple people waiting behind in line and that’s a recipe for looking like a damn idiot. I just wanted my beer!

Luckily, I’ve since learned not to care too much about situations like these. They sort of became normal – the challenges of living abroad have a tendency to humble you. My mentality became “Screw it! I’ll learn how I was being an idiot eventually” and when I did, I laughed about how stupid I must have looked.

TL;DR of the story: when we move to a new country, we become the societal equivalent of a 5-year-old. We know nothing, Jon Snows. That’s pretty frustrating. But, hey, ya gotta keep learning – it was my choice to move here in the first place! Just can’t stress over looking like an idiot all the time, if I did, I’d be pretty miserable, anyway.

This is also not, by any stretch, an exhaustive list of the challenges of living abroad. I just wanted to cover two big ones – how difficult daily life becomes and adjusting to the new language and culture. Have an idea for another big challenge that you’ve faced or are worried that you might? Leave a comment below! I’d love to hear it. 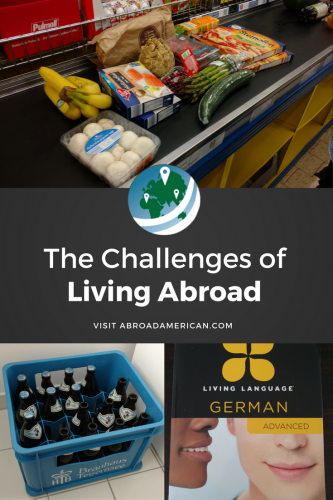