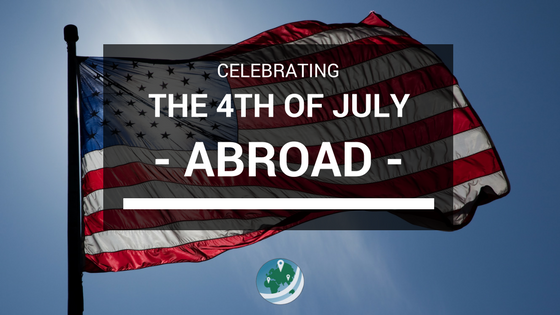 My first experience celebrating the 4th of July abroad was back in 2015. I visited a little English town called Henley-on-Thames, about a half-hour train ride west of London. I’ve visited my friends from England few times before, but this would be my first time visiting the town’s most famous event. Every summer, this little town explodes with activity for its famous annual rowing tournament, the Henley Royal Regatta. I’d heard about the event from my friends for years, but I finally had a chance to visit in July 2015. Specifically, the weekend of July 4th, 2015.

For the many of you who probably aren’t familiar with the Regatta, let me explain something. While the Regatta was essentially a massive party for me and my friends, it is still the Henley Royal Regatta. The event was first held in 1839. You can imagine just how posh this event can be. It certainly has that reputation around the UK.

Celebrating the 4th of July in the US

For the smaller population of readers who don’t know what celebrating July 4th in the US is like, let me explain something else. You know that stereotype of the gun toting, beer drinking, “USA! USA! USA!” chanting cowboy? Well, a little bit of that stereotype comes out of lots of people you might not expect it to on July 4th. I like to partake in the over-the-top traditions on July 4th, and I can’t tell yet if I’m being entirely satirical.

I’ll wear an American flag shirt, bandanna, drink crappy beer, and maybe even slip a “‘Murica!” or two in. It’s just how we celebrate. I think it’s kind of become a parody of itself in recent years. But generally, the 4th of July is just a good excuse to have a summertime celebration full of beer and bratwurst. Hey, that sounds like Germany! 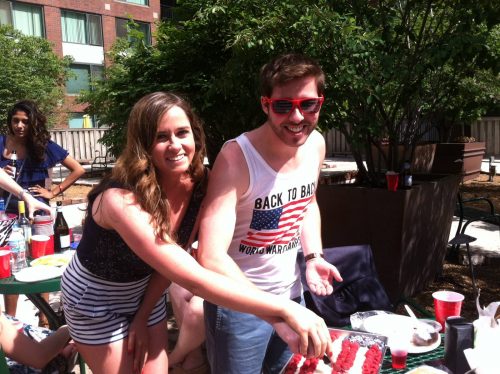 Celebrating the 4th of July Abroad

So, how did I reconcile this very “USA” way of celebrating the 4th of July with the very posh setting I was in in 2015? Well, I dealt with it the same way I did last year here in Germany. It’s really not too much of a change. Instead of the bandana and flag shirt, I usually just wear red shorts and a blue shirt. Instead of watery American beers, I drink the local brews (much better here in Munich!). And maybe, just maybe, I tone down the “USA!” chants. Okay yea, I do. I’d get weird looks. 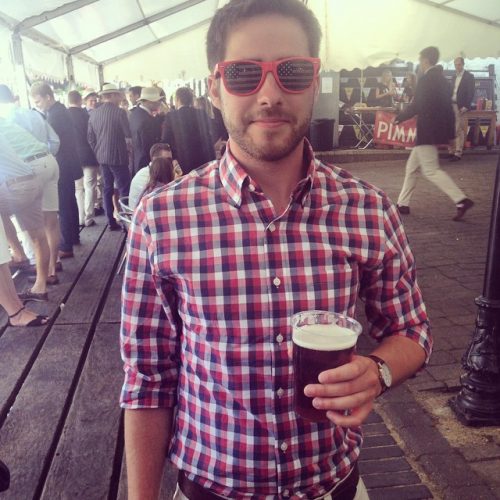 My “toned-down” American get up for celebrating the 4th of July in England, in 2015.

Too much to explain…

As an American living abroad, I often get asked about the US. Be it questions about stereotypes, food, customs, or politics, people are pretty curious about it. I think this is because we’re all Ambassadors for Our Homes Abroad. In my case, this means representing the US to all my friends and acquaintances here in Germany. And because our politics are what they are lately, all too often, I’m drawn into long conversations about the US. Not just with friends either, but random people I’ve just met in bars as well.

While these conversations are pretty common, they usually aren’t short. First, I try to carefully describe how I feel about what’s going on back home, so the other person knows where I stand. In the process of doing that, however, I often have to explain little nuances which are important to the topic at hand. This is because most people outside the US (and probably inside, too) aren’t really all that familiar with the details of our political system. They’ve usually heard a lot about it in the news, but without the proper context and background. You can see how all those little tangents easily add up and this could easily take 20 to 30 minutes.

I just wanna have fun!

If I were to wear an American flag tank top, red white and blue shorts, with a flag bandana on my head, I suspect I’d be bombarded even more. I don’t want to spend my 4th of July talking politics and Trump all day long. That’d be a total buzzkill. It’s the 4th of July! I just want to enjoy myself.

The truth is the way I described celebrating the 4th of July at home above is probably true, but simply hard to understand for non-Americans. It’s fun, but also a little satirical of the stereotypical over the top celebrations and “patriotism”. I think a lot of Americans feel this way, but I am not sure – so let me know in the comments if I’m totally off base here.

Unfortunately, due to the prevalence of certain American Stereotypes Abroad, this way of celebrating could be taken for entirely honest. When I celebrate the 4th of July, I want to avoid any extra effort explaining all this to everyone, so I just tone it down a bit. That way, I can relax, drink some beer, and have a good time.