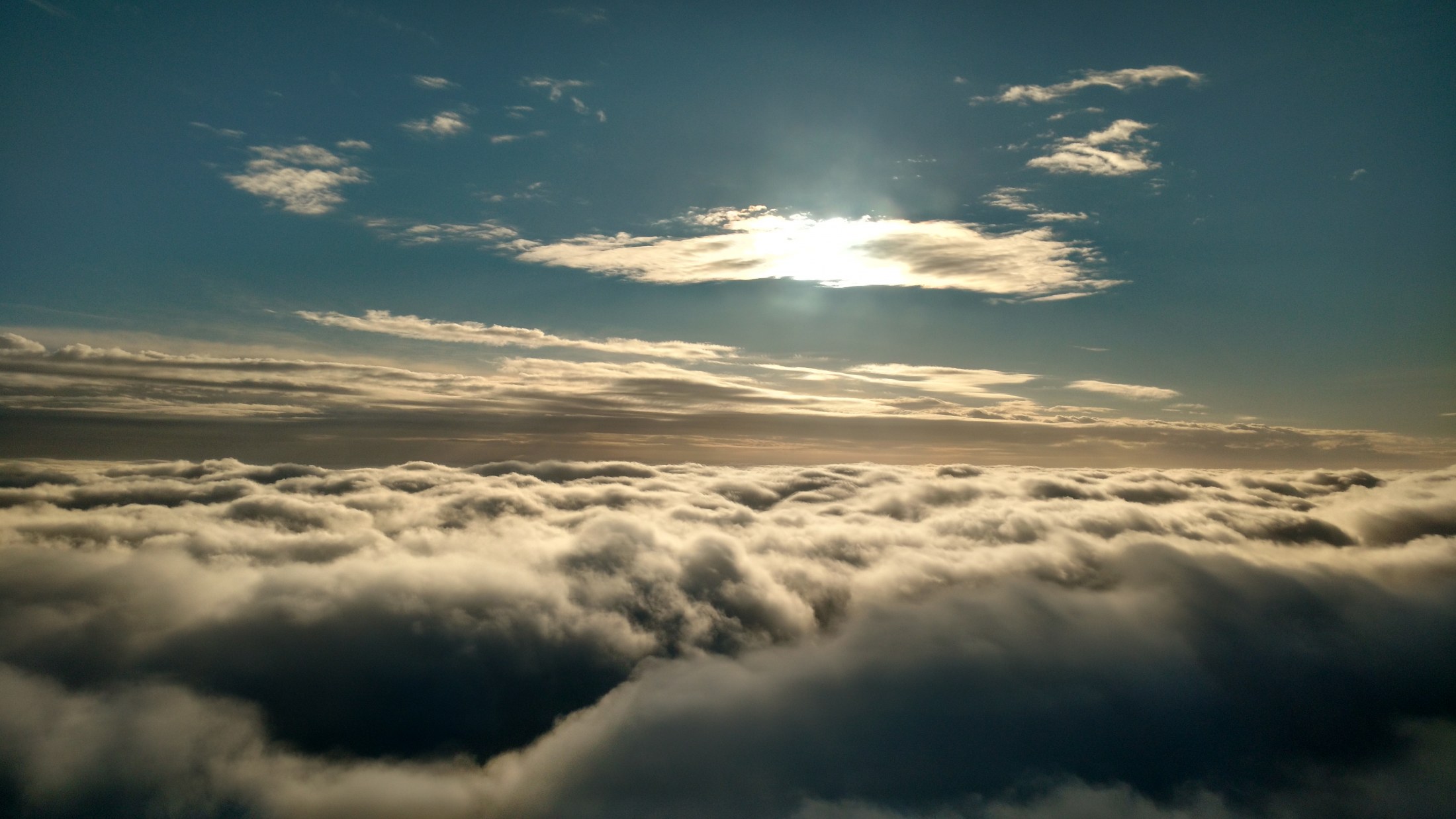 Alright, it’s time for a reflective holiday-related post, especially given the circumstances. At this moment, I’m sitting at an airport restaurant/bar in Copenhagen, going home for the holidays. I’ll spend the next 2+ weeks in Chicago with family and friends celebrating the holidays, all the while stuffing my face with as much Chicago-style food as possible. 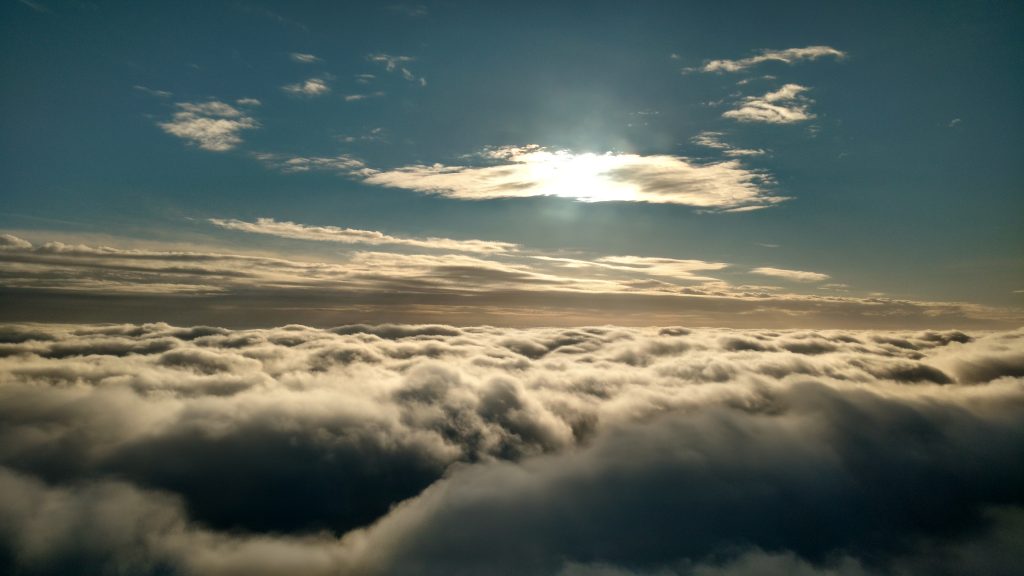 Final approach into Copenhagen, the one stop on my way back to Chicago.

I haven’t been back in the States since November 2015, but that was just for 3 days for a wedding. I moved to Germany a couple months before at the end of September. Before that, however, the last time I spent any amount of time at home was in May, before I quit my job and traveled The American West and Europe. It’s been a while.

I’ve got a whirlwind of thoughts and ideas in my mind of what to write about to reflect on this trip. To be honest, up until a few days ago, I was too busy to really think about it much. However, it really hit me this week. As I’ve been gathering up typical and special German foods and trinkets as gifts for my family, I started to think about going home for the first time.

So, since I’m not sure what I really want to focus on related to going home, I’ll just ramble on what I expect to experience. I bet I’ll run into a bit of reverse culture shock visiting home, I’ll probably gain a couple pounds, and I’ll really, really enjoy seeing my family and my friends again. It’s been a while. Unfortunately, the family dog passed last month and I was really looking forward to seeing him again, too. But, that’s one of the realities of moving so far away. Let’s go into a bit more detail.

I’ve seen this term thrown out a lot by other people and especially bloggers living abroad. I think I understand the idea. Now that I’m well-accustomed to German culture, food and drink, and life in Munich, I’m going to really feel the breadth of all those changes over the course of this trip. Even though there will be some differences I don’t expect, I do have a few things in mind that I know I’ll notice.

The Food (and drink)

You know how, sometimes when you travel, the water tastes different than your water at home? That always takes some getting used to for me. Well, I guess what I’m curious about, is how Chicago water will taste now that it’s not my “home” water. It’s always been my standard to compare other tap waters to. But now, I will get to taste it as a visitor for the first time. I’m just curious to see if I can really notice a big difference. 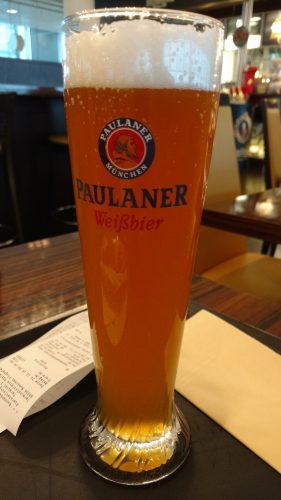 It’s been a while since I’ve had an American macro brew like Bud or Miller. I’ve had access to great German beers for the past year, so now I’ll really be able to tell how “watery” our domestics really are. Occasionally we buy some local craft beers from a brewery called Crew Republic. I haven’t done that much searching, but of the more common German craft breweries available, I’m a fan of theirs.

It will also be great to have cheap access to the multitude of craft breweries that I love in the States. I can refresh my palette of my old favorites, and find some of the new creations I’ve missed out on. However, I’ll miss my German beer. On the left is my last German beer before boarding the flight to Copenhagen. I’ll miss these cheap and abundant Bavarian brews.

What goes with beer? Food. What goes great with beer? Pizza. My god I’ve missed the pizza. It’s just not the same in Germany. I’ve resorted to making my own quite a few times, which has been great. Unfortunately, it’s a bit of work if you don’t have the dough already made. Your average pizza place in Munich offers the same old 4 or 5 pizzas, all with a pretty weak dough and not enough cheese. I know putting more cheese on the pizza is a distinctly American thing, but honestly, it’s too little. 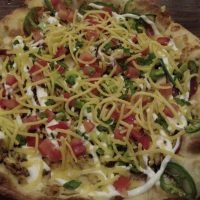 Here is a great example of something I call “craft pizza”. It’s pizza, but made to a quality well above your average take away. The styles are more trendy and often use non-traditional ingredients. For example, the fresh jalapeno on this pizza. Oh god I miss jalapenos. 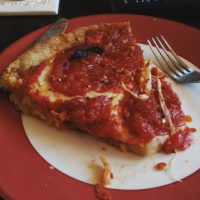 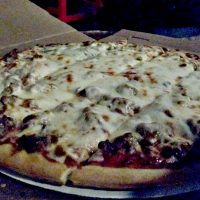 Sorry for the dim picture, but this was taken at Revolution Brewery’s Tap Room. This is a great example of your typical late night pizza in Chicago. Cut into the classic square formation for groups.

One last thing about the food that I’m curious about is the prices. Now that I’m used to Munich supermarket and restaurant prices, I think there’ll be a period of sticker shock for some things.

I haven’t driven a car since I was home for a wedding in November 2015. For me, getting around in Munich means cycling and taking buses and trains. However, here in Chicagoland, unless I’m in the city proper I can’t bike anywhere because there are no cycle lanes and everything is much further away. Public transit in the suburbs is a very unfunny joke, and as a result, I have to drive. Everywhere.

As for the city, I’ll be able to take the Metra in, and the CTA around the city, most anywhere I need. In a pinch, Ubers are a great option too. The CTA isn’t too expensive, and depending on where you’re going it works perfectly. Unfortunately, the L system is essentially only a radial network emanating from the Loop. This means that any move between the train lines is done by bus, or more likely, Uber. Oh well, it’s still better than driving everywhere.

Questions about Life in Germany

This one isn’t so much reverse culture shock, it’s about others asking me about moving to Germany and that initial culture shock. Of course, you have to expect questions about your life if you’re going home for the holidays. The only difference for someone who’s moved abroad, however, is that the questions are much more frequent and to put it bluntly, ignorant.

Now, obviously, you can’t expect Aunt Susie or Uncle Jim to know that much about living in another country. However, repeatedly hearing the same seemingly stupid questions was tiring and frustrating in the past, and I don’t expect this time will be any different. I suppose I should be used to it now, and that it probably shouldn’t bother me anymore. We’ll see.

Questions about “Germans” and World War II have always been there. But now, there is an additional volley of questions about immigration and specifically Muslims. It seems that Americans only hear about Germany when the media decides to pick up a story. The War, the Wall, and now the waves of “immigrants”.  People tend to forget that I too am an immigrant. I guess that is to be expected, but still, the same probing questions from one very narrow American perspective can grate the nerves.

The plane is boarding now, so I’ll wrap up my rant about going home and what it’ll be like. I am really, really excited to see my friends. I’m also really, really excited to see my family. It will be interesting to see what differences between Chicago and Munich I’ll notice which I haven’t predicted here. In the next few days, it will become clear if my predictions are true or not. Despite the cold weather, I’m glad to be heading back to Chicago, a city and an area I will always see as my home. Happy Christmas, happy holidays, and cheers to 2017!