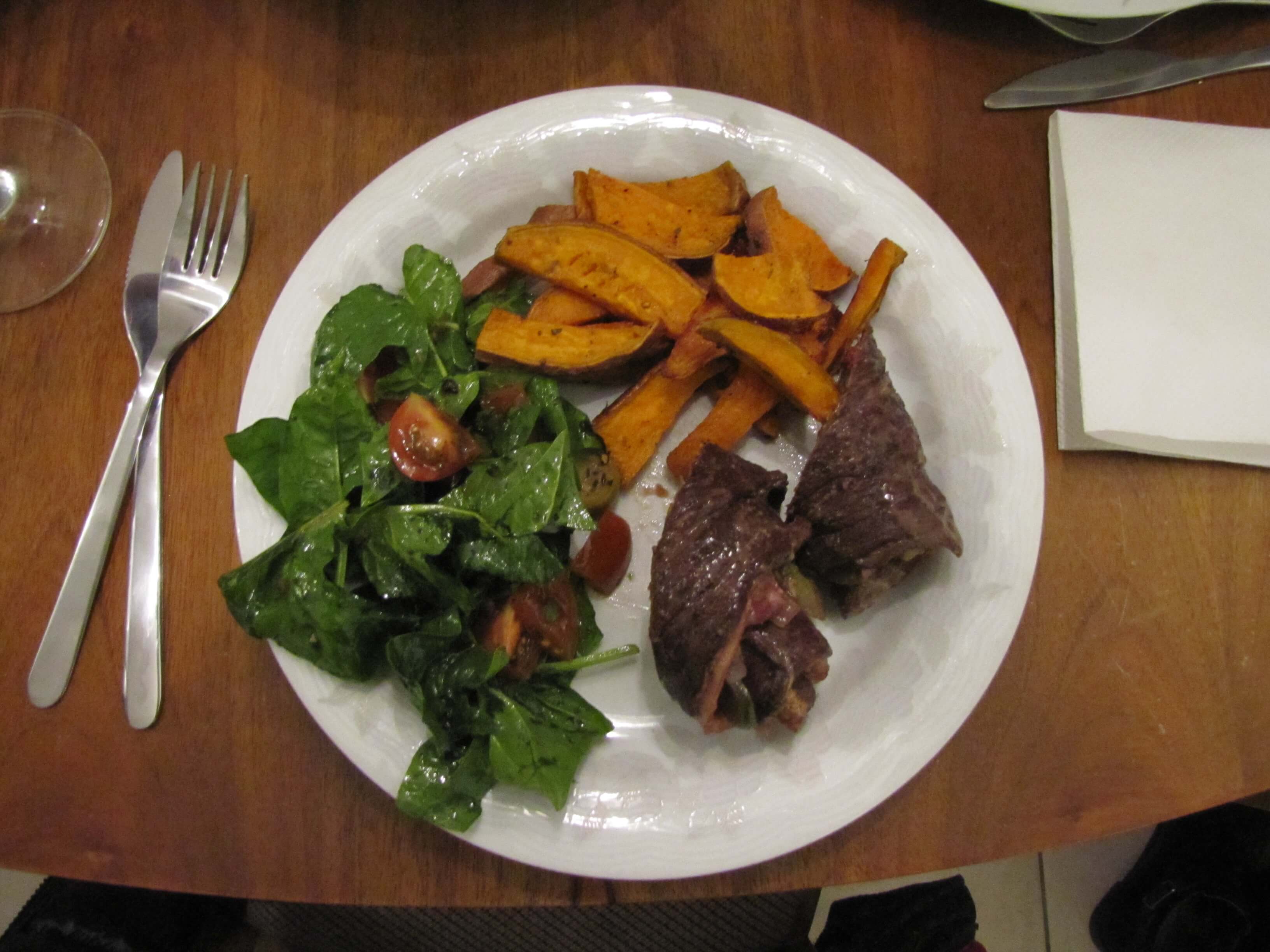 Rouladen is a classic German dish made by rolling up lean beef cuts up with a variety of ingredients inside. The Rouladen I made included: mustard, bacon, onions, and pickles, along with some spices. While impressive on the plate and delicious on the tongue, Rouladen is surprisingly easy to prep and cook! I took my cues from Chef John over at foodwishes.com and his video below in the recipe section. I didn’t use the same exact recipe as him, but I found his video and modified as I wanted. In his own words: that’s me cooking! 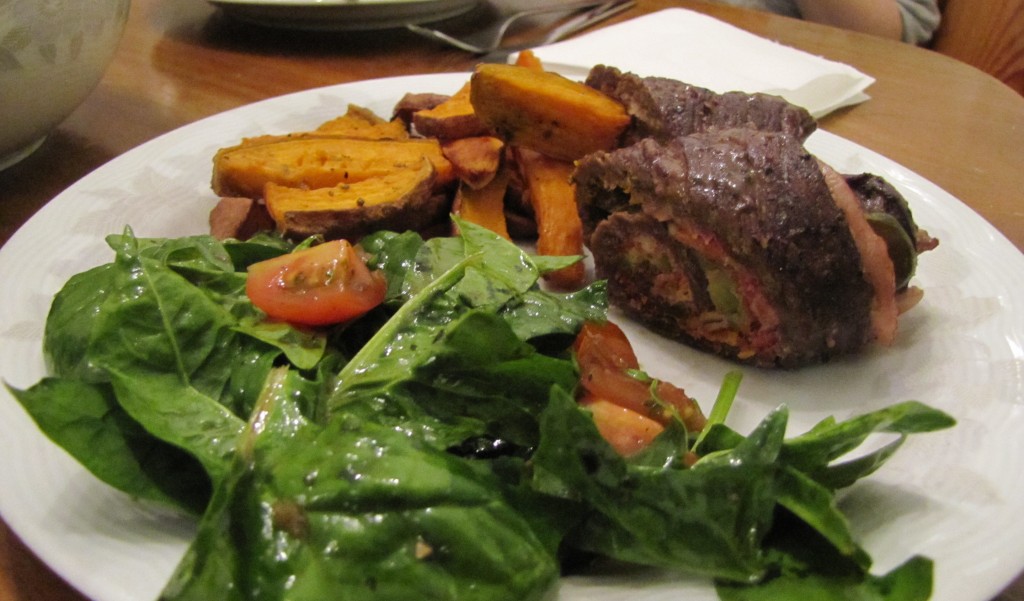 This was my second attempt at making the German Classic, and definitely the better of the two. The first time I made it, I was cooking for the whole apartment – all 5 people. This really increased my prep time and made it a lot harder to coordinate everything. I made a few other mistakes that chewed up a lot of my time too.

This time around I learned from my previous mistakes and the meal was much better! It was still a bit tougher than I would have liked, but it turns out that even on the lowest setting on our stove (old and electric), the pot would get too hot. Instead of a very low simmer, for about 40 minutes the meat was almost at a vigorous simmer, not boiling, but bubbling way more than I liked. It wasn’t that tough, but I will have to devise a new way to cook it next time. Maybe leaving the lid cracked a bit would let some of that excess heat out. Anyways, here’s the recipe! 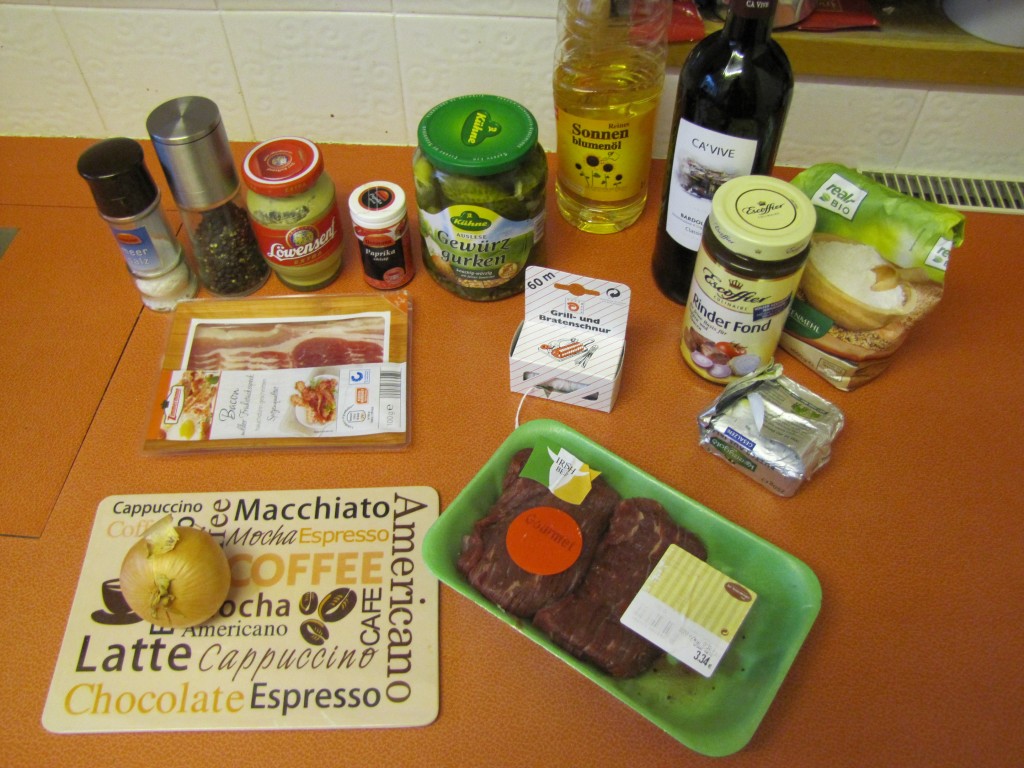 All the ingredients together before the prep begins!

Ingredients for the rolls:

Ingredients for the sauces

You can definitely use only beef broth, but this turned out really well!

Here’s the Chef John video as promised! Take a look and give him a view to get the general idea of the process in your head. I’ve written out the steps below to keep you from tracking back and forth in the video.

Bonus gif of drenching the Rouladen with sauce:

Overall, these came out great, despite my slight over-cooking. If you want to try some German comfort food, or are just looking for a delicious meal, try it out! Learn from my mistakes and really gently simmer them so the beef is perfectly cooked and tender.