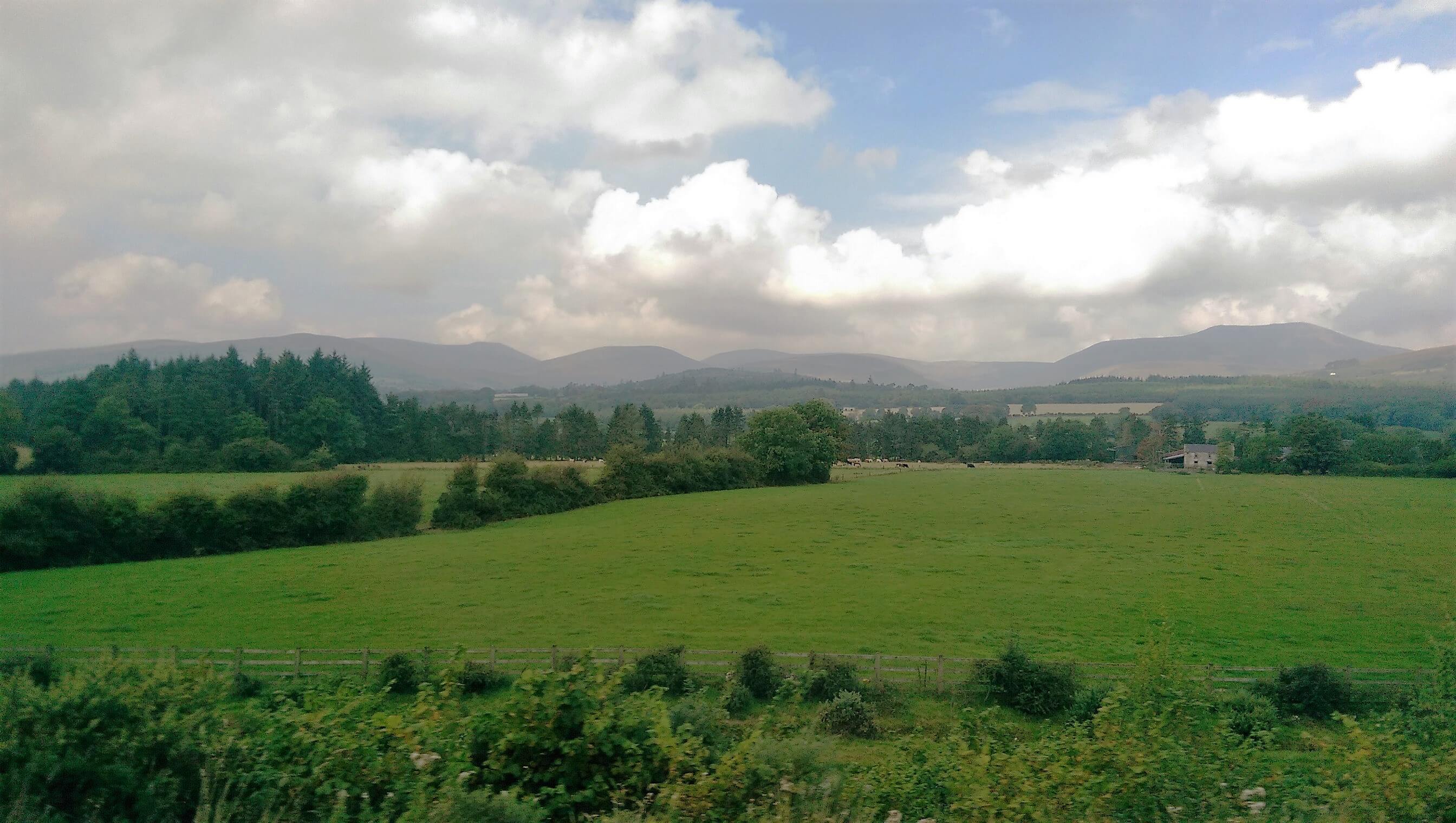 Back in September of 2014, I took two weeks off for my first solo travel trip visiting England, Ireland, and Germany. I had already been to visit my friends in England a couple times, and because I was with them the entire time, I won’t count that as solo travel. The very first act I made as a solo traveler was to take a train direct from London to Holyhead in Wales, to catch a ferry to Dublin. I would highly recommend ferries as a cost-effective way of traveling between anywhere in Great Britain and Ireland. Check here for more info on ferries. I learned a lot on this trip and I think it can help you as you plan your first solo travel trip or a trip of any kind to the Emerald Isle! 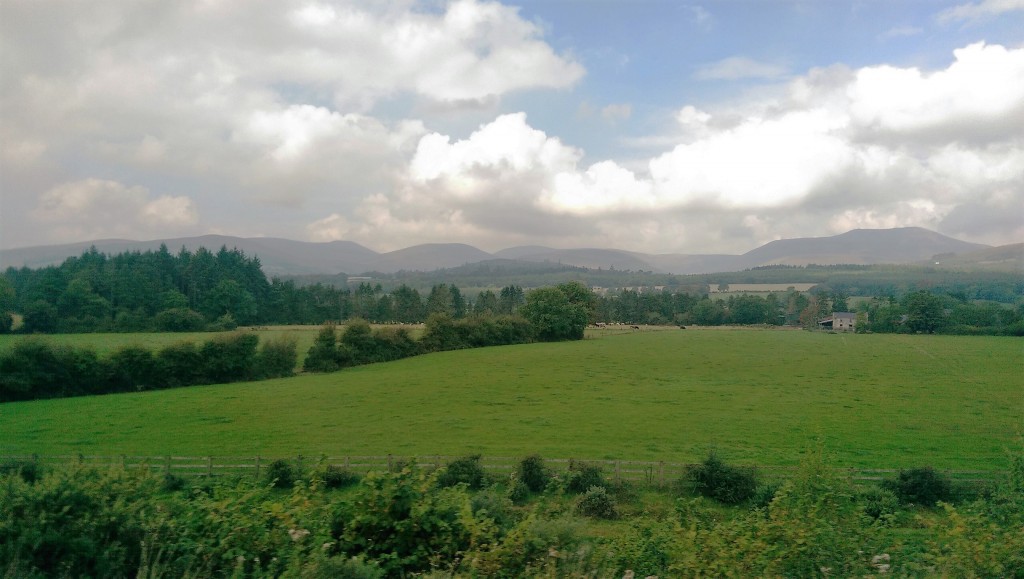 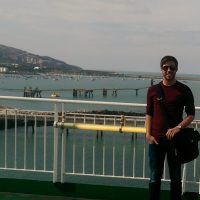 just me cheesin’ on the ferry 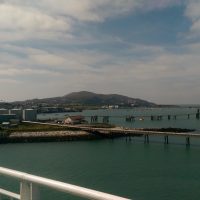 Looking back on Holyhead Port, Wales 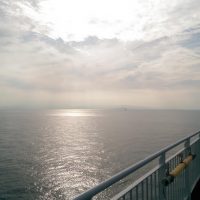 The starting point for most visits to Ireland, also the most visited city in Ireland, as well as the island’s largest city. “The Fair City” is a beautiful one with a unique mixture created by the fully modern city built around both medieval and recent history.

In the heart of the city, buses and trams occupy main routes separating the city into smaller neighborhoods made up of webs of narrow stone-lined streets, like many medieval city centers. As you might expect, there are many, many, many pubs. They’re a rightful Irish establishment, as much as coffeehouses in Vienna, or beer gardens in Munich. It’s no wonder that you will find an Irish-style pub in just about every major city in the world. Good beer, hearty food, and a welcoming, friendly, and open atmosphere, I almost felt like a local whenever I stepped through the door.

However, Dublin has much more to offer than just pubs. In Dublin, I spent a day doing a walking tour visiting most of the main sights in the central part of the city, and the other days wandering looking for places to visit, parks to read in, and streets to explore.

Near to Dublin and within the city bus system, is an old fishing village called Howth. The town sits on a rocky peninsula jutting out into the Irish Sea, creating the north side of Dublin Bay. It offers a nearby location for some day hikes and beautiful natural landscapes within a half-hour of Dublin. There is a good amount of trails along the cliffs, at varying heights above sea-level, each with slightly different but equally beautiful views of the peninsula and the sea. There’s even a pub (surprise, surprise!) at the summit called “Summit Inn”, which has great traditional pub classics in addition to fresh and succulent seafood dishes.

After a couple hours touring and enjoying the cliffs, we stopped at the Inn for an early dinner. A couple of pints, an order of fries, and a big bowl of fresh garlic-lemon mussels later, we were satisfied and on our way back to the city. The photos alone should be enough to convince you to make the trip if you’re in Dublin and have a spare afternoon.

After Dublin, my travel partner and I took a bus (the main form of intercity transport) to Kilkenny to the southwest. We found a hostel on the High Street, posted up, and began to explore the town. It’s just about as stereotypical as I had imagined for a smaller Irish city. Again, the pubs are ever present.  At this point, I began to realize that I was calling EVERY place that served beer a pub. This is probably a mischaracterization many of the establishments we ate at or drank in, but hey, a good pint is a good pint. The cathedral in the town was beautiful AND free to enter and view, unlike St. Patrick’s in Dublin.

The cathedral in the town was beautiful AND free to enter and view, unlike St. Patrick’s in Dublin. Also of note is the castle and the castle’s grounds. The park of luscious green grass around the castle is a public park that the locals and tourists alike seem to enjoy for a relaxing afternoon. That one red photo below is of a massive bar in the center of town called Left Bank (of Kilkenny). I can’t speak for how the bar is to locals or on any other night than the one we visited on, but it was a live band and a LOT of fun. It has my recommendation if you’re looking to dance.

Unfortunately, I spent less than 24 hours in Cork due to flight prices out of Dublin to Germany. I had to catch an early bus back to Dublin directly from Cork in order to make a significantly cheaper flight. However, with this in mind, I made the most of my little visit to the city by making friends with some regulars in a local pub. A couple of Jameson’s later and I had made some great friends that I still correspond with. Because the visit was so short, I plan to return to Ireland and to Cork specifically to get a better feel for the city. I do have a picture, though! 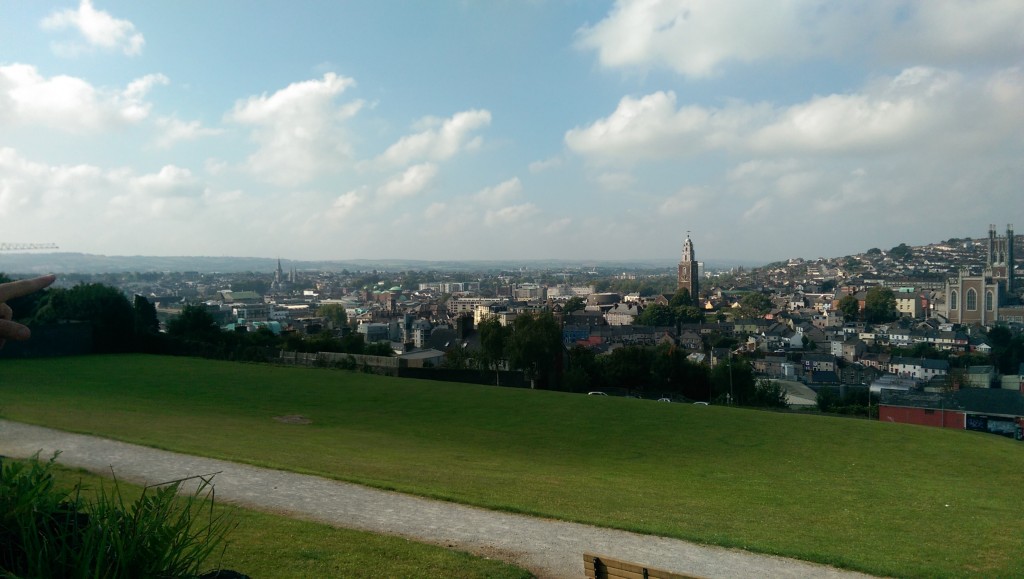 It’s all I have. Sorry, no pictures of the J-mo.

So that’s it for Ireland for now. Cheers and slainte, you wonderful place. Until next time.